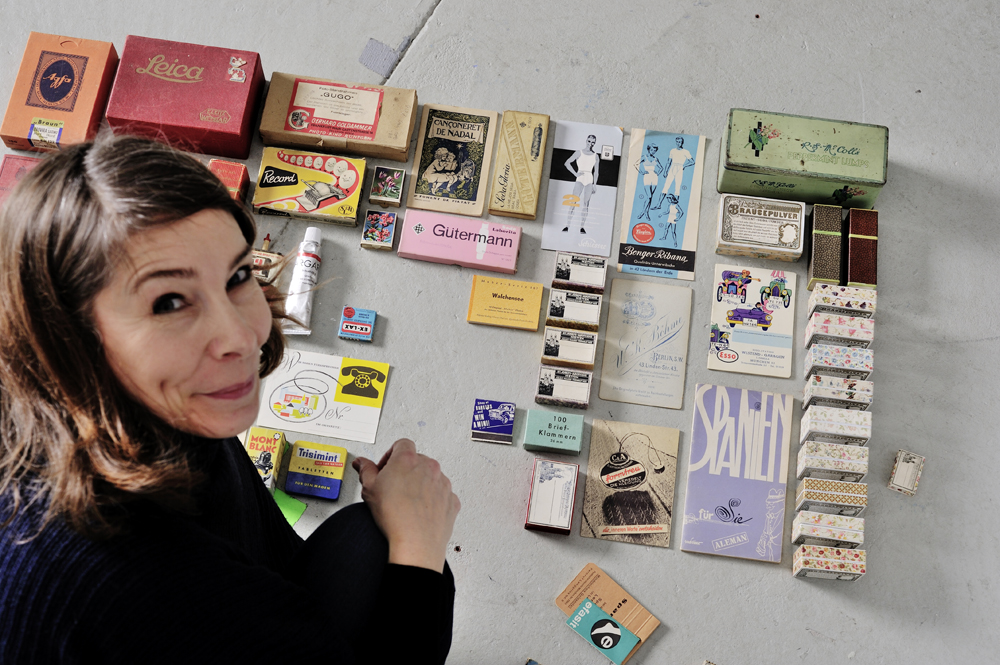 london to munich (with love)

I was born in 1969 in England to South African parents

In 1999 I moved to Munich and started work as a freelance graphic designer.
In 2000 I set up my graphic design studio in Munich, working for a host of local clients, creating visual identities, printed matter and web design.

In 2004 I opened the gallery HOME FROM HOME alongside my graphic design studio.
Between 2004-2013 I curated and hosted over 40 solo exhibitions at HOME FROM HOME.
In 2011 the gallery moved to its second location in Breisacher Strasse 18.
In 2014 HOME FROM HOME re-opened as an art & interiors shop with a curated collection of mid‑century modern furniture, glass and ceramics, creating a home atmosphere in which to continue exhibiting art.
2021 HFH closed. Let’s see where the story goes!

I continue my graphic design practice, working mostly for clients in the cultural, creative and education sectors.

the longer story
HOME FROM HOME (HFH):
a graphic design studio, a gallery, a shop

When I began my MA in graphic design at the Royal College of Art in 1996, there was magic in the air. Britannia was still cool back then, so maybe the whole country was feeling it — the nineties were a bloody good decade for the arts in the UK after all, with Young British Art and Britpop internationally lauded. London, my home, seemed to be pulsing with opportunity.

Dan Fern was the director of the School of Communications at the time, and with hindsight I’m sure that the electrifying atmosphere was largely due to his visionary, interdisciplinary course direction. Anything was possible: one of my friends sang opera as part of her graphic design graduation show, others improvised art performances. I myself made a sculptural art installation (view here). It was about finding the right medium to communicate the message.

The inspired approach on the graphic design course and the burgeoning RCA environment, bringing students together from all around the world, was seminal for the way I view my life and work to this day. I believe anything is possible.

So when I fell in love with a Bavarian, and after graduating in 1998, it was obvious that I would leave London for Munich, following my heart to be with my now husband. (pic. 1: 1997) 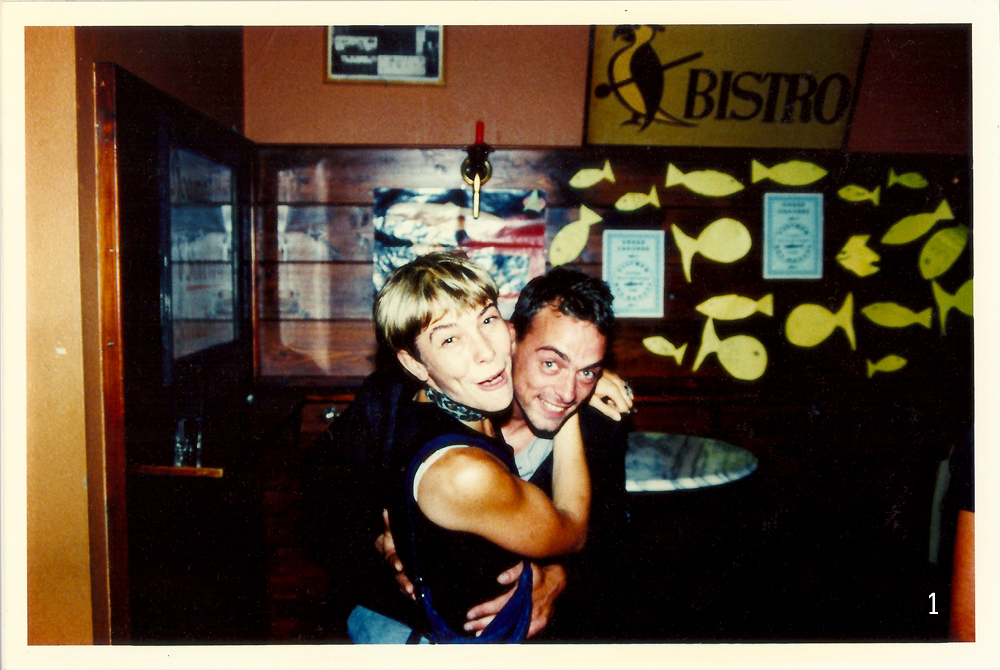 Once in Munich I was keen to put the interdisciplinary, ideas-based approach to design I had enjoyed at the RCA into practice. I believe that the essence of any successful piece of design is the communication of a good idea. For me, therefore, the most exciting part about being a designer is the creative process of teasing an idea into existence.

In those first professional years, I began to appreciate the challenges of being self employed in my chosen new home. I enjoyed continual work and memorable encounters, but all too often I was invited to join projects when the creative dialogue was mostly over. The language barrier and the decision to go-it-alone surely played its part, but I have come to understand that England and Germany do also have differing attitudes to graphic design as a profession.

What was really missing though, was the cooperative, conversational buzz of inquisitive minds that I had experienced at the RCA. My answer to this problem was to open a gallery, HOME FROM HOME, alongside my graphic design studio in 2004.

At HFH, I curated and hosted over 40 solo exhibitions between 2004 and 2013, showing artists mainly from the UK and Germany, but also from as far afield as Brazil and Santa Fe.

It was an exciting time; the first gallery was in our home and felt slightly subversive for it. The private views were legendary, often going on until the early hours. More importantly, the creative discourse I had been looking for had found its place. I met so many good friends through the gallery, it was a portal to a side of Munich I hadn’t yet found access to.

Five years into the gallery project, I was exploring how far we could push the space. A number of artists turned the gallery (and therefore our home) into a stage for installations. The dining room wall was painted black by Shane Bradford (taking 3 layers of white emulsion to erase!). The kitchen door was filled with a rugged pile of 2-3 metre lengths of discarded attic beams — nails and splinters threatening eye and limb — while the dining room table and walls were graffitied over with tape, both by the artist Thomas Prochnow (pic.s 2 & 3: 2010). Claudia Borgna turned the space into a magical otherworld of plastic-bag jungle, which visitors delighted in. 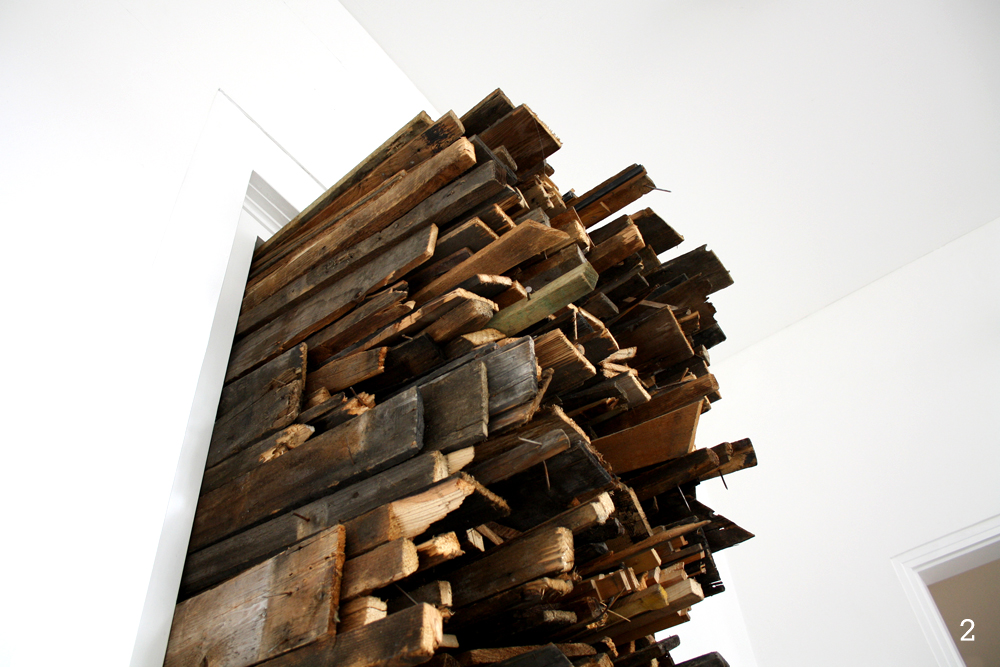 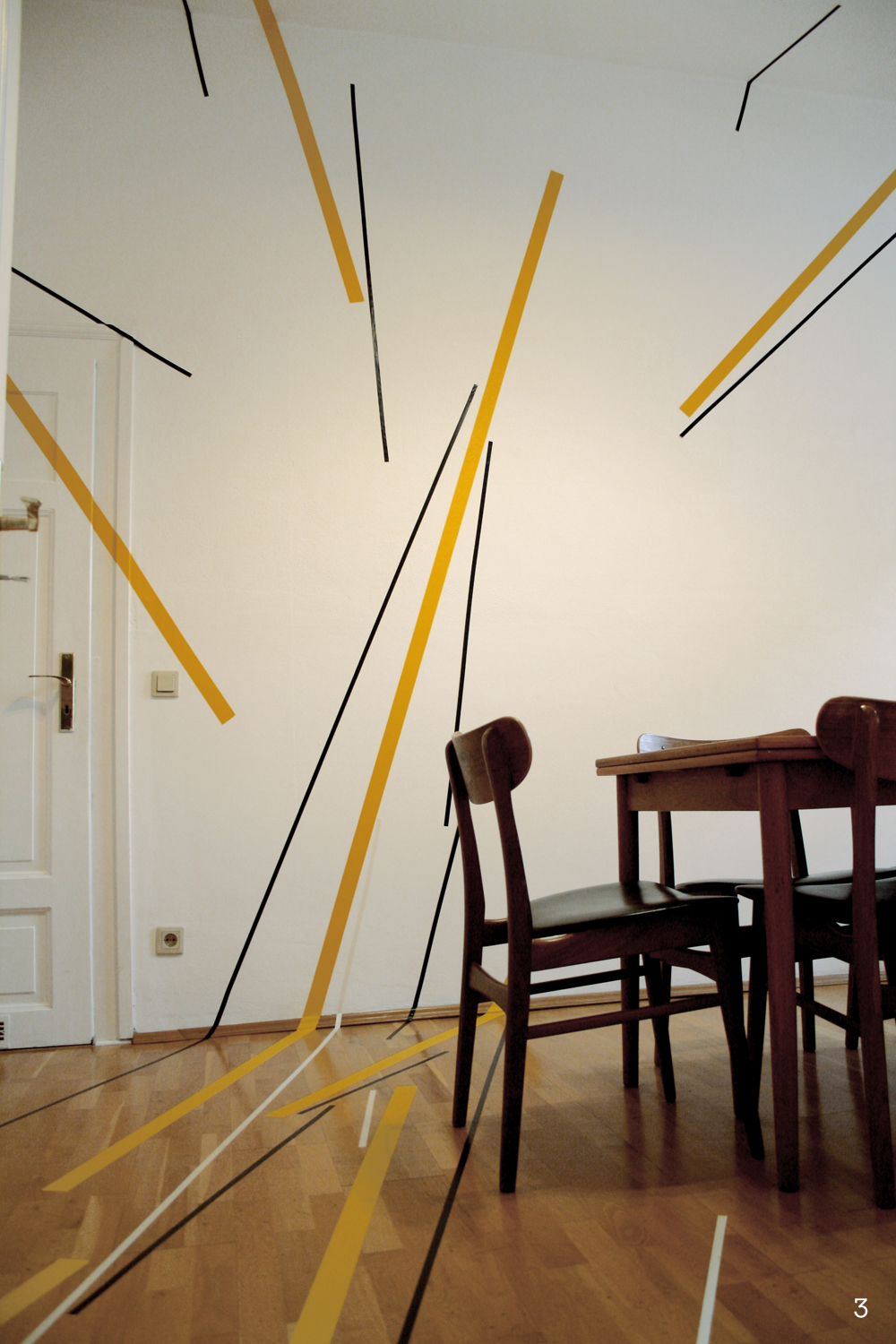 As much as these exhibitions thrilled me, I began to realise how much the gallery and my design work had besieged our private sphere, and so I decided to move both work space and gallery into new premises in Breisacher Strasse in 2011. (pic. 4: 2020)

At around this time the gallery had begun to take on a life of its own. My employees were progressively running the gallery and I was taking on ever more graphic design work to keep it going — a total contradiction to my original reasons for having opened it in the first place! Something had to give.

In May 2013 therefore, as the last planned show by Simone Lia, aptly named “Everything is going to be okay”, came to an end, I closed the gallery for almost a year to rethink and recoup.

During this sabbatical period I revisited an earlier idea of “living with art”, re-opening the gallery in 2014, this time with a curated collection of mid‑century modern furniture, vases and objects creating a home atmosphere in which to continue exhibiting art.

Towards the end of 2014, friends joined me in the gallery for a pop-up event with their start-up company Dkhoi, importing stunning South African design to Munich. The pop-up event went so well and we enjoyed each other’s company so much, that I asked them to move in with me. Two wonderful years ensued sharing the gallery with Dkhoi — the funky mix of art, vintage interiors and South African design brought a fresh wave of interest to the space and won many fans.

Sharing the gallery with Dkhoi helped to mature and progress my concept for HFH art & interiors, long after they left. The gallery continued with art displayed as it might be in your home, surrounded by modern mid‑century treasures and one-off pieces.

Local craftsmen and women were commissioned to re-upholster chairs, or re-shade lamps and often I renovated the furniture myself. I designed and crafted unique up-cycled pieces out of my collection of furniture and objects, legs re-appropriated from this, a table top from that.

Sadly, due to the difficulties and challenges of the Covid crisis, I took the decision to close HFH at the end of 2020. We shall see where this story goes from here! Maybe, post-Covid, a new incarnation is due.

In the meantime, I continue to practice graphic design, and art direct mostly in the cultural, creative and education sectors, often accompanying clients from corporate identity creation to day-to-day business for many years. (view here)

I also enjoy hosting name-brainstormings for clients starting up a new business and then transforming the energy of the encounter into design.

I particularly love getting into the detail and scope of a book project. In recent years I designed and art directed a 200 page artists’ book for Dan Fern, which was launched in London at the Coningsby Gallery and at HOME FROM HOME. (view here)

I remain relentless in pursuit of good conversation… let’s have some ideas together... anything’s possible! 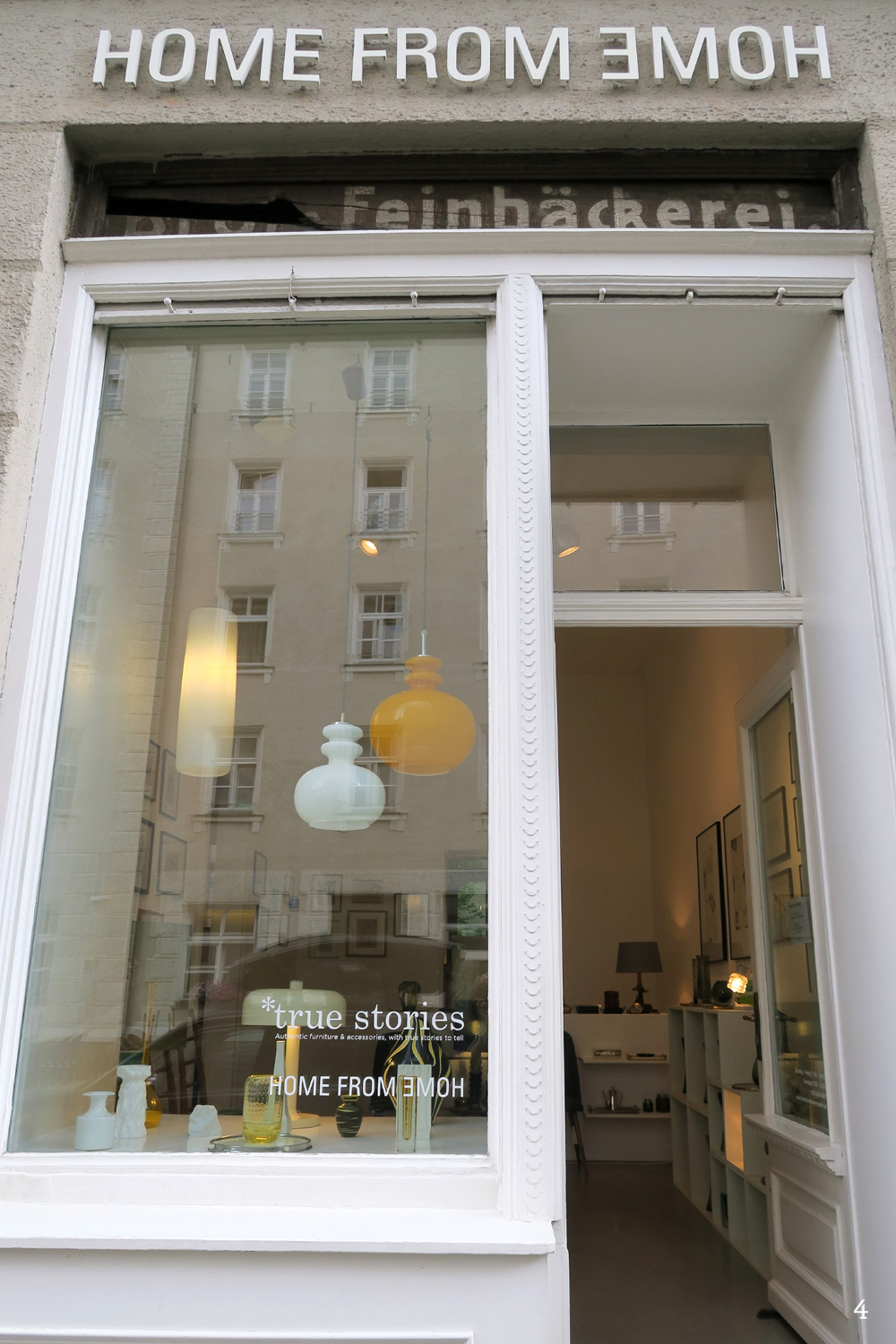